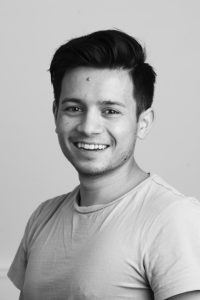 Once upon a time there was this boy named Carl from a tiny village named Haukås. He had a choice to make – play video games or get good grades. He chose the obvious – gaming. After high school, he had acquired titles such as Gladiator in the online arena, but one could see the sadness in his mother’s eyes because there was no diploma. Carl went into the army and somehow stumbled through it while improving his grades. This brought him to Gjøvik where he would spend the next four years acquiring two bachelor degrees in Mechanical Engineering and Economics with top grades. He was also entitled student of the year in 2015 for his grades and kindness, helping people as a private teacher, teacher assistant, student assistant, receptionist at a hotel, starting up a successful student gym and much more. Today, Carl is in NSE’s ambitious culture to cultivate the entrepreneur inside and aims to make a global impact for a better world.

Do you have an idea?
How to apply